Encouraging others in Christ

ABOUT: Kim as she’s finding her way:) 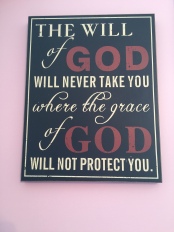 WOW! The endless possibilities that God has for people through the world of Blogging.

Kim Mefford had no idea until a helpful blogger stopped by her Godsfruitful site and suggested that Kim adds more information to her brief (by not knowing better) bio. Kim was so thankful that the fellow blogger took the time to make a few suggestions allowing her to realize that there is REAL potential to get very busy for God, more than she could ever have imagined.

Kim is from a small town in Alabama and recently closed her business of Skin and Nail care due to neck/back issues. It didn’t take long for Kim to realize that her small business of 20 years had served her and others more like a small Ministry for God to help her encourage other women, especially the past decade due to Kim accepting Christ into her heart. She glowed with the love of God and couldn’t wait to share the excitement about Him with everyone that came through the door. God had led her to open her own business, and one major perk was being able to talk freely about God. Of course, she kept a delicate balance of professionalism along with networking for Him. Kim met some who told her that the Bible was a fairy tale, and one lady told her that she must be a Bible Literalist, not knowing what that was as a baby Christian, she went home and researched it and turns out the lady was correct! 🙂
Kim recalls the urgency that she began to feel to help others to understand more about Christ. Her clients started to open up to her and seek answers. This was puzzling to her because she had not been “raised in the church” like many of them had been, but she had been digging into God’s Word to learn and grow with a passion since accepting Christ. She soon realized that it was God who had given her that desire to study and help others. Sometimes Kim felt inadequate around other Christians because they had been “raised in church” for years, but there again, another learning lesson came exposing that Spiritual maturity isn’t based on years professed as being a Christian.

Kim had prayed that God would use her daily and in addition to her rising a couple of hours early to study and grabbing her coffee beforehand with the exciting thoughts of “I wonder what God has for me today?” She remembers one particular day, several years ago that she had asked God to give her more time in His word and she prayed that she could have a slower pace daily to enjoy without being so busy at work.
Well, two years later, it looks as if God answered her prayer. Although, at the beginning of retiring, she found herself questioning why God had closed her business. After all, it had served as such a fulfilling ministry for her and many others for years. It wasn’t too long until another ‘learning lesson’ came Kim’s way…She realized that she had been resting in her independence, instead of God’s. Kim was always aware that God was to get the glory for what He had allowed in her small business, but she had never been in the situation that she had now found herself in after retiring and trying to figure it all out as to why God had allowed the doors to close at her business. Kim understands that God will sometimes strip away everything that gives us a false sense of security. She knew it all came from Him, but once it was gone, and everything that she had poured her heart into with hard work, now looked as if she had never existed. And to top it all off, the space that she rented was totally remodeled. She now believes that God wanted her to totally surrender everything that she held dear to her in order for her to be used according to His plan and purpose.
Kim’s guessing after this long read, you wish the fellow blogger didn’t suggest that she give you more details 🙂

Kim is now teaching a small group Bible study and leading  Women’s Ministry at her Church. She is hopeful to use her free time as a way of encouraging others. The purpose of her blog site is to help others to grow in Christ and be encouraged in Him.

Kim welcomes you to follow along as she finds out what God has in store for her now that she has so much more free time than ever before::::)))))) Her goal is to work SPIRITUALLY HARDER INSTEAD OF PHYSICALLY HARDER…:)

OH, AND Kim has been happily married for going on 27 years to a wonderful and supportive husband. God has blessed them with a loving son and a new puppy Jack:), who appears in a good many of her blogs!